The castle, that surprises you nicely.

The most romantic castle in Bohemia.

The castle was founded at the end of the 13th century by Bohemian nobleman Bohumil of Budětice, on the rock above the small river Ostružná. The castle with two palaces on the opposite sides connected with special tower "Donjon" with stone bridge which is unique in Europe. This bridge was Bušek´s work which was a chamberlain and friend of the famous Bohemian king Charles IV. In the 15th century the Velhartice castle became property of the lords of Hradec. They built second walls around the castle with bastions and watchtower. There were built dipstillary and brewery on the lower courtyard. In the 17th century Martin de Hoeff Huerta built a renaissance palace between the Southern palace and the Paradise palace. The last private owner of the Velhartice castle was Josef Windischgrätz. Since the year 1945 it belongs to the state. 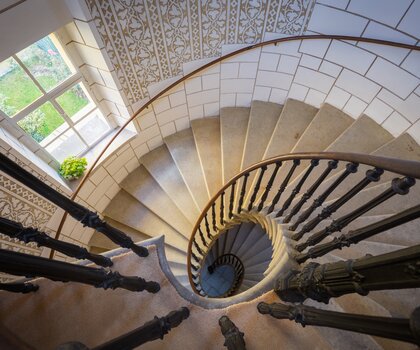 Cancellation of May 2020 events